So, a few months ago, I had an interview with the very awesome Nuno Leitao from the Nuno Blog! Read it HERE.

Here is the finished article for those of you guys who are wise enough not to have Facebook ...

I found myself screaming … to this day, I still don’t really know how it happened, I just remember screaming so loudly that my throat was sore. I screamed like a tortured animal raging and stamping up the stairs in my little flat whilst my Mum simply stood at the bottom … waiting.

She had come to help me as I had called down to my boss that morning and told him I was sick. That was bullshit, I was coming down from a heavy weekend of sleepless nights, chemical cocktails and enough alcohol to kill a small horse.

Rage cascaded out of me in a spray of hatred. All the years of pent up aggression, depression and anger, pouring out in a toxic splurge of F words and incoherent screaming.

I shook with rage, my belly burned with it and when I finally got upstairs again, I threw up.

At 18, I had a heavy marijuana habit, was taking a plethora of chemicals most weekends and drinking like a marooned sailor on a desert island.

I had already passed out at work a number of times, had crippling bladder infections and had lost a series of jobs due to my crazy lifestyle.

Having lived through some traumatic events in my childhood that had led me down a highly self-destructive route, I found that I was constantly fighting a sort of humming, throbbing anger. Couple that with a highly sensitive nature, boredom and a dollop of being a teenager and you’ve got the perfect recipe for crushing depression and/or one hell of an addiction.

When my, then, boyfriend decided that he wanted to go to Israel traveling with a friend, I immediately invited myself along. Being met with a lukewarm reception to this idea didn’t deter me at all and I fixated my efforts on saving money ready for the upcoming trip.

There was a part of me that knew that he didn’t really want me to come. Of course, I wasn’t completely (not completely) stupid. I could see it … I simply chose to ignore it because the opportunity had arisen to get out of my insular, countryside world where the shrinking possibilities felt like they were squeezing the life out of me.

He went first and so, for three months, I was alone. I worked and worked. My goal, simply to save money so that I could get away. It was almost as though by running to other side of the world, I could escape the misery that lived inside me.

I’ve written a couple of blog posts about my first experiences of visiting that incredible desert country. You can see them by scrolling back through my blog!

I’m sure you can see it coming already, but it didn’t work out. He had been on his own for too long with his friend and I felt I was in the way. He assured me that this wasn’t the case but in my insecurity, I didn’t believe him and so after two weeks in that beautiful country, I went my own way once more.

It was the best thing that could have happened to me! Travelling alone is one of the most awe inspiring experiences one could possibly have. You are so much more inclined to make friends, speak to the locals and go on trips.

I was still fighting with my demons and in some areas of Israel I very possibly became known as the Crazy English One, due to my promiscuity and drinking but there was never that feeling of aggression. The hatred and broiling anger seemed to evaporate in the heat of the desert sun and I was gripped by a fierce, rebellious freedom. Having spent so long fearing what others thought of me, I no longer cared and I experimented with made up personas and crazy accents, just to see what happened. If things turned to shit, I’d just move on to another place and start again!

I worked on a boat and slept in the underwater observatory.

I once woke up face to face with a shark and we saw dolphins nearly every day. I learned about the creatures of the ocean and how to tie marine knots. I became brown and got a couple of travellers dreadlocks in my sun bleached hair. I saw other cultures, had dinner with families sitting on floors, eating with our hands. I learned how to speak snippets of another language (of course starting with the rudest parts!) and sang with Hare Krishna’s. I got shouted at because of my poor choice of clothing and realised how hopelessly naive I was. I saw unmatched beauty both on the Earth and in the ocean and I gazed, open mouthed at sunsets and sunrises of the like I had never before witnessed.

Slowly my mind expanded, sometimes painfully, but always for the best.

It was the mother of adventures and somehow, inside … I was healed of a tiny part of my trauma. This journey was the catalyst for all the others that came after it and for the long road of self healing that I have been on ever since. If I had never been on this trip, there is a distinct possibility that I would never have discovered yoga, never have given up drugs, smoking or drinking and never have met my husband.

It took a long while for me to be completely clean of all addictive substances and I have battled my way through chronic illnesses and depression since, but one thing that I will never forget is that as soon as I returned back to England after that trip, I no longer wanted to smoke cigarettes. It was as though my body didn’t need them anymore and even when I smoked socially at the weekends, it never had the same need attached to it.

My personality had also undergone a transformation that I couldn’t understand. I had been forever changed.

Maybe that should have been sad, but for me it led to astounding joy! I had been set free!

This is our reward as travelers.

The joy of planning a trip and of stepping out of the airplane into a new world. Not giving a shit what anyone thinks. The joy of becoming enmeshed in a new culture and of feeling completely out of our depth as we struggle to buy the simplest of things. The joy of seeing something so incredibly beautiful that we think our hearts will explode with love for all the world. The connection to nature that is cultivated when we are living so close to it … and the love.

Love for the amazing souls we meet along the way. The ones who help us when we are in need, who give us shelter when are homeless, who advise us on the best places to eat or the best route to take. The fellow wanderers who become our best friend for a couple of days and then topple out of our lives again, the sneaky tricksters and the smiling thieves, the poor, the rich, the bosses, the helpers and the healers.

Without them, I would be a hollow imitation of the person I am today. There is a very real possibility that I could still have a plethora of addiction problems and that I would be living a life that I hated with every fiber of my being.

Travel has opened my eyes to such huge possibilities. It has expanded my mind, made me a more tolerant person (towards others and myself) and allowed me to step away from addictive substances. It has given me motivation to keep going, even when I wanted to quit everything and it has challenged me, tested and tried me. It is a teacher, a healer and a lover and once you have tasted her sweet embrace, there is no going back.

Travel not only helped to heal my wounds ... it saved me from them.

Travel, have fun, inspire and be inspired!

This post is featured in Nuno Leitao's blog CLICK HERE to see more from Nuno! His blog is informative, interesting and wonderfully written! 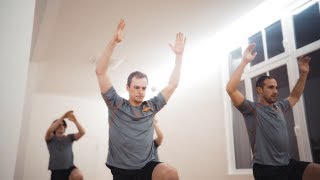